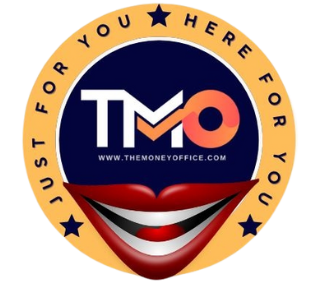 Ocean pollution is a complex mixture of chemicals, debris, and toxic material that originate on land and are washed or enter the ocean. Oceans, which cover 71% of our planet’s surface, play a critical role in the health of our world and its inhabitants. Because our oceans are unfortunately polluted. Every year, billions of pounds of waste material and other pollutants enter our oceans, according to the National Oceanic and Atmospheric Administration.

This post contains some causes and effects, solutions,s and future predictions related to the big problem that is ocean pollution.
Causes
There are many causes of ocean pollution. Here we discussed some major causes.
⦁ Plastic waste: Plastic contamination is regarded as the most dangerous form of ocean pollution. According to a report presented at the 2017 United Nations Marine Conference, this worse problem threatening sea life badly. Microplastic harmful compounds are added to plastics in order to make them more flexible, colorful.

⦁ Dumping of Sewage
Dumping sewage into the ocean is the easiest method for people to manage sewage disposal. Lather and other dangerous untreated substances enter the ocean that has a severe impact on the flora and fauna.
⦁ Petroleum pollutants
Crude oil spills that come from the ships are the major cause of ocean pollution. It basically covers the surface level of the ocean, using solar light to convert carbon dioxide into oxygen that has a huge impact on marine life.
⦁ Industrial chemicals
Industries release their harmful chemicals into the oceans like fossil fuel, agrochemicals, and pharmaceutical harmful chemicals like mercury that increase the pH level of the water that cause harmful impacts.
⦁ Ocean mining
Drilling for substances or the ocean mining process is also the reason for ocean pollution by producing harmful sulfide deposits deep in the ocean.
Effects of ocean pollution
Ocean pollution has a wide range of impacts that affect both marine and human life. Plastic garbage kills up to one million marine animals annually, and it stays in our ecosystem for a long, causing harm to thousands of sea species every day (United Nations Marine Conference, 2017). The industrial toxic material has gathered in the fatty tissues of marine species that damaging their reproductive system. The oil spills layer on the ocean surface prevents sunlight from reaching the marine life cause in a reduction in oxygen supply that badly affects the lifecycle of marine life. Mercury can gather in large quantities in fish like tuna and swordfish, which we eat that cause severe health issues.

Solutions
⦁ It is important to reduce the single-use of plastics in daily life. Try to avoid the use of plastic materials like bottles, straws, bags, cans, cups that are used only one time and then discarded.
⦁ Chemical materials like fertilizers that are used in the industries create issues so try to use natural fertilizers.
⦁ Refuse the use of plastic when possible for you. The recycling of plastic material is also a solution to reduce the plastic material’s drastic impact.
⦁ Try to reduce the excessive use of energy by using public transport and using energy-efficient appliances.
⦁ Always use the products that are environmentally friendly and not produce with the unsustainable process.
Future predictions
In the present condition of oceans, our current commitments are insufficient to adequately control ocean pollution in the face of rising pollution levels. If the rise in harmful contaminants in the ocean, in 2050 our seas will be seen as more than just a platform for tourists and enjoyment. We need to learn a lot about ocean protection. We must continue to discover more about our aquatic ecosystem, especially the deep ocean and the oceans’ enormous role in global warming and climate change.
In this current situation, we not only examine the problem but also anticipate future developments and respond accordingly. The total planet’s future depends on the ocean’s prevention and protection. Everyone needs to perform their own role for the safety of oceans by making reusable products and protect the natural resources for our coming generations.